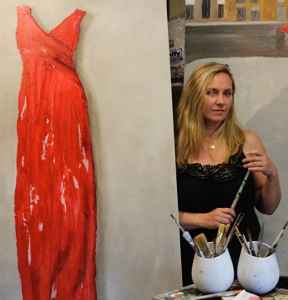 Rosa McMurtray hails from Zaragoza, Spain, home of the wind so intense they have a special name always recognized as the most unique and best in her class. Rosa studied at the Zaragoza School of Art, graduating as a Fashion Designer in 1982. She studied with the illustrious professor Pascual Blanco Piquero one of the most famous engraver artists in Spain.  In 1983, Rosa moved to England where she studied English for a year. In 1988 she relocated to Naples, Italy, became fluent in Italian, and worked and studied with the recognized artist Rosario Piazza. In 1989 Rosa moved to the United States, where her life encompassed many new facets of the art world.

During this period, Rosa furthered her studies of fine arts at West Chester University and Georgia State University. Traveling four times a year to Europe, Rosa’s career transformed from artist to art dealer, specializing in European artists. Additionally, she studied under two of the most acclaimed artists in contemporary Madrid, Guillermo Oyagüez y Sanchez Alonso. Rosa’s career took a new turn when she opened a gallery in Madrid called Artis13 that specialized in the search for talented young artists.

Rosa’s art is enjoyed by collectors on both sides of the Atlantic, including West Chester University where her work has been on display. Rosa has enjoyed continued success selling her art, as well as that of many other artists’ in Europe and America.